Super Mario Run is the latest hype and the game is already downloadable now on iOS. To play Super Mario Run on Android you need to have some patience, but there are people who abuse it …

Super Mario Run is a new hit game from Nintendo that can be downloaded for $9.99 in the App Store. This so-called endless runner takes you all the way back to the past but in a completely new look and, of course, suitable for modern devices. We now know that the Android version also is also about to release, but we must have some patient.

Super Mario Run for Android would be postponed because the company behind the games is afraid of piracy, but Apple probably has also paid for Nintendo to introduce a time exclusively for iOS. That is common in the games industry, and Apple has done so often in the past. However, there are currently enough people who are trying to get their share of this hype from unsuspecting users to install the currently non-existent game.

Because the game has not yet been launched by Nintendo, there is also no an app to install. On Android smartphones, it is particularly easy to install individual apps, this is often done by downloading an APK on the device. 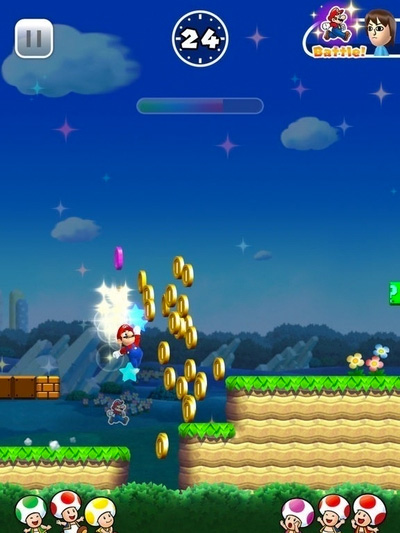 Already many APKs roam around on the Internet that claims to include Super Mario Run for Android, but this is not the case. As previously reported, the game is still not launched for Android. This is to say that what you install, it is not the popular Nintendo game. But what then?

If you’re “lucky”, it is a weak copy of Super Mario Run, but with lots and lots of ads. This way, people try to make malicious money on the backs of Nintendo. You can take it worse. This is the case if malware is in the APK and your phone is so infected.

Unfortunately, distributing malware happens all too often and the consequences are never pleasant. Malware causes an extra app or malicious code will be placed on your smartphone and then take action. This may mean that data is transmitted to the servers of those who have it distributed. This may include personal data, as well as financial data or other issues that should not fall into someone else’s hands.

This is not the intention and will only lead to more problems. So if you want to download Super Mario Run on Android, there’s only one solution… you have to wait.

What should I do?

If you would like to have Super Mario Run on Android already, then we have to disappoint you. At present, it is not possible to play Super Mario Run Android on an Android device. When this is the case, it is not yet known. It is expected that it will be “sometime in 2017”. From that moment the game is also available in the Play Store. Is also expected that the Android game will be offered for $ 9.99 by Nintendo.